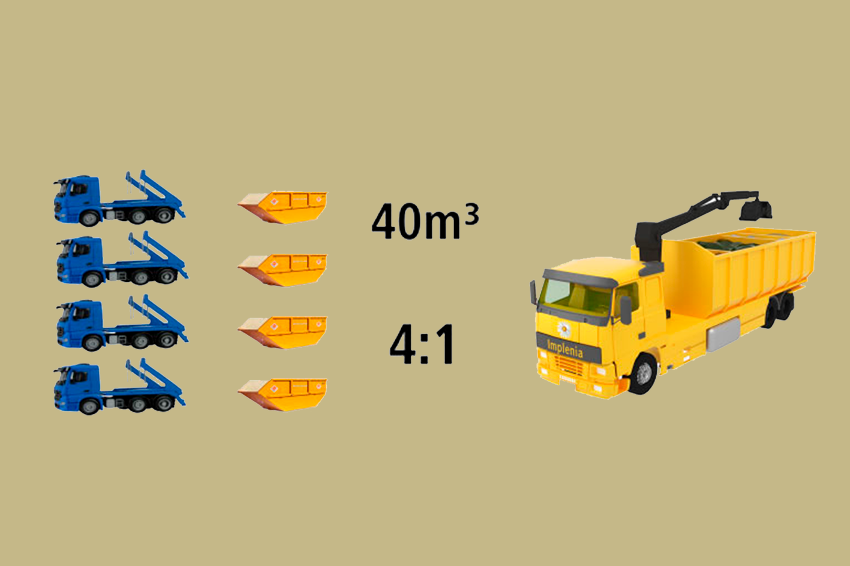 Materials, techniques and processes in construction have become ever more efficient over the years, but waste disposal on construction sites has not kept pace. Frank Reschke wants to change that. An overview of the multi-chamber skip, his innovation for sustainable disposal that is easy on both the environment and the budget thanks to less transport.

Frank Reschke has worked as a construction engineer for more than 30 years. Fifteen years ago he joined CCL, the predecessor of today’s Implenia subsidiary Building Construction Logistics GmbH (BCL), where he currently heads the Calculation Department and previously led large-scale construction projects, including in Bonn and on Mallorca, as Project Manager. His years of experience in construction logistics led him to a crucial insight: while the construction process itself has been constantly improved and environmental certification and new, more sustainable construction methods have become the norm, waste disposal has not kept pace.

«I have always been irritated by how inefficient waste disposal on construction sites is.»

“I have always been irritated by how inefficient waste disposal on construction sites is,” says Frank Reschke. At the moment, a truck driver charged with disposing of building rubble etc. has to transport a separate skip from the construction site for each type of waste. “This results in a lot of journeys, which is not particularly environmentally friendly and adds to traffic congestion, noise and nitric oxide emissions, ultimately making cities worse places to live.” Frank’s innovation, the multi-chamber skip (MKM), is a contribution not only to more efficient construction site management, but also to a more climate-friendly future.

Instead of a truck that delivers and replaces skip after skip, transporting only 10m3 of waste to the tip at once, Frank’s concept features a large transporter with a grappler and a 40m3 skip. The skip is divided into multiple sections of variables sizes, allowing four to five types of waste to be disposed of in a single journey. The modular structure is designed to cope with the varying quantities of waste at different construction sites. With the grappler, the combined skips take up much less space on the construction site. There is also no need for manoeuvring trucks to replace skips. As a result, removing waste is faster and takes significantly fewer journeys between the construction site and the tip, reducing fuel, noise, and CO2 and nitric oxide emissions. Further steps following on from the introduction of the MKM include switching from diesel-driven trucks to regenerative engine types like electricity and hydrogen, and avoiding trucks travelling to the construction site empty by delivering materials using the MKM at the same time. This would save even more time, money and emissions.

From January to June 2021, Frank and a team of Implenia and BCL staff took part in the Cross Innovation Lab in Hamburg, an interdisciplinary discussion on the development of sustainable innovations. There they developed the idea further and discussed how other areas of the construction site can be made more sustainable and efficient.

Alongside the Cross Innovation Lab, Frank was able to agree with the Implenia Purchasing department to collaborate with a local waste disposal company for a pilot project in Hamburg, in which the MHM is to be built, used and validated for the first time. “The idea behind the pilot project is to demonstrate that the multi-chamber skip works – and how exactly it works,” says Frank.

Implenia as a pioneer in sustainability

Frank Reschke’s family background also helped him to make his idea, which had been developing in his head for years, a reality. A father of three children, he became acutely aware that everyone can do their bit for a more sustainable future. “We ourselves have the opportunity to make positive changes. We don’t have to wait until the state or someone else does it for us.”

To put a figure on it, Frank’s innovation reduces costs by 67%, emissions by 64% and time required by 70% compared to the old system. The multi-chamber skip (MKM) system also plays a key role in meeting five of the twelve Implenia sustainability targets. Frank’s idea thus supports Implenia’s strategy to position itself as a pioneer of sustainability.

Innovation Hub as engine and supporter

The construction engineer really enjoys working with the Implenia Innovation Hub. “It is so important for the staff that they have a way to submit their ideas and track what happens to them,” says Frank. It was the Innovation Hub that motivated him to put his idea into practice in the first place, he says. But submitting an idea also means investing a huge amount of both work and leisure time in it, and it is not always easy to combine this work with one’s “normal” role, Frank continues. “The support of the expert contacts who can be counted on in the Kickbox process is priceless.” 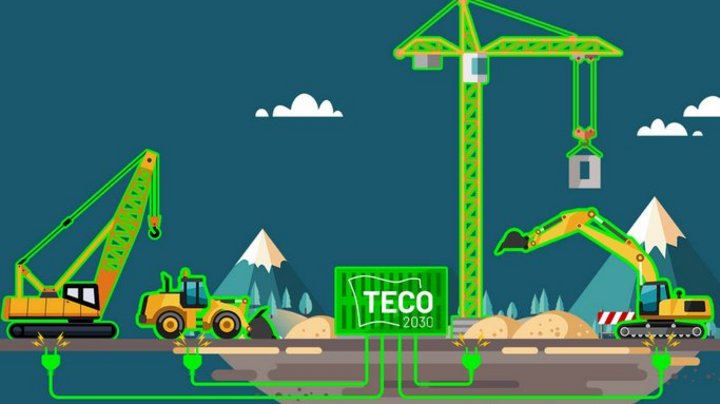 If you stop getting better, you soon stop being good. And the construction sector is no exception to this rule. Companies need to develop all the time in order to cater successfully to upcoming trends. This is how Implenia is tackling the challenge at a range of different levels. Implenia Norway and the Norwegian cleantech company TECO 2030, which develops hydrogen fuel cells for ships and other large machinery, have received subsidies from the Norwegian state-owned company Enova. The partners... 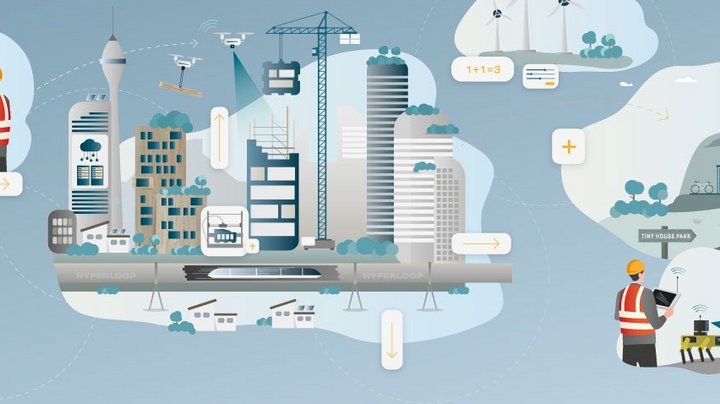 If you stop getting better, you soon stop being good. And the construction sector is no exception to this rule. Companies need to develop all the time in order to cater successfully to upcoming trends. We look at how Implenia backs people's inventiveness, and why it's so important to be open about mistakes.

“Not even the toilets are standard”

One thing is clear. If a Swiss research institution builds a new campus, no run-of-the-mill applications will be used. On the building site in Dübendorf, Implenia is teaming up with the client, the Eidgenössischen Materialprüfungs- und Forschungsanstalt (Empa, or Swiss Federal Laboratories for Materials Science and Technology) to create innovative solutions. You can read here what this has to do with aspects such as the sanitary facilities, plant fertiliser and pizza as comfort food. 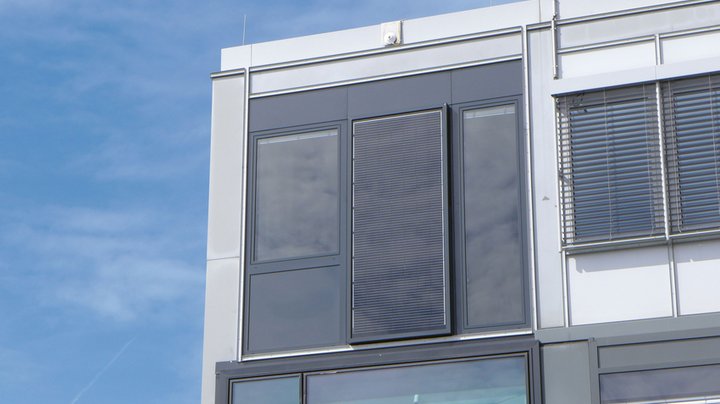 Energy from the façade

In collaboration with the Fraunhofer Institute, the Façade Technology team is developing a modular façade system that uses the latest technological innovations to create a sustainable power supply for buildings. The advantage over competing products: the system is attractive AND affordable. 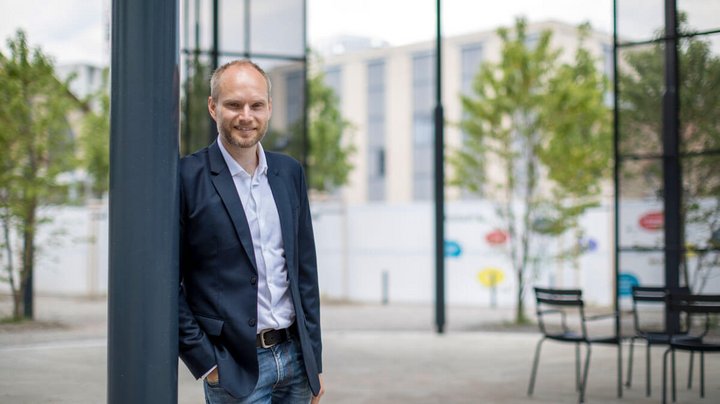 Fold-down beds are a step too far

Implenia is breaking new ground in real estate development and using the co-creation approach to product design. Popular on the start-up scene, it lets future inhabitants decide what homes are created in the “Rocket” tower in Winterthur’s Lokstadt – and what they should look like. Project Developer Stefan Verling explains the details. 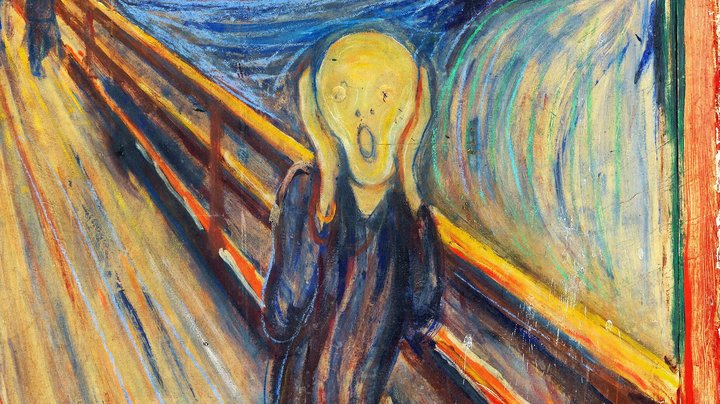 At the first ScrewUp event on 6 October 2021, three internal and external speakers spoke frankly about their biggest failures to date. This openness was well received by the more than 100 participants and the event moved Implenia an important step towards a protected space for mistakes. Because mistakes are simply part of the development of innovations.