Our team in France needed prefabricated concrete elements for its work on the Grand Paris Express – and decided to produce these themselves. Since opening in July 2017, the plant has now delivered more than 10,000 tubbing segment rings to Implenia and third countries.

The story begins in the middle of a field an hour outside Paris. Implenia France, just a few months old, was chosen for two large-scale projects on the Grand Paris Express as part of the Alliance consortium. To meet the needs of the construction sites, there are two options: commissioning a subcontractor to produce the segments, or producing them ourselves.

In-house production has many advantages, and not just in the tender process. In a project with so many unknowns, remaining independent of external suppliers also guarantees greater flexibility. As we had been awarded two projects, the consortium decided to do it themselves, with Implenia France opening its first prefabrication plant for tunnel segments together with other members in February 2017.

The customer in Paris expected the first tubbing segments in the summer. But there was a lot to do before then: emptying, cleaning, renovation, fitting and, of course, production! The first staff worked hard to achieve this demanding challenge on time, tearing down unsuitable structures and creating a warehouse platform within just a few months. The segment production line took form, a concrete plant was constructed and the offices set up.

Where are segments used?

Concrete segments like those produced by the factory in Limoges-Fourches are used in tunnel construction. Here you can find out how this works in connection with a shaft sinking system during the construction of the Grand Paris Express in Paris.

The concrete plant went into operation in mid-July 2017, and the first test tubbing was produced on 4 August. After a few adjustments, the production line was fully ready for use and can now produce a concrete segment every ten minutes. The machine is in operation every day, producing enough segments for ten tubbing rings every day. The plant produced enough for the consortium’s first two projects and also quickly began delivery to Grand Paris Express lines 17.1, 16.2 and 16.3 – the first project not built by a member of the Alliance consortium.

In 2022, the plant has produced its ten-thousandth segment and employs almost 180 people – profitably. With 81,660 cubic metres of concrete produced in 2021 alone, the plant, now managed by Lucas Mouton, is looking forward to a prosperous future with new international development projects. The adventure continues – thank you so much to everyone involved. 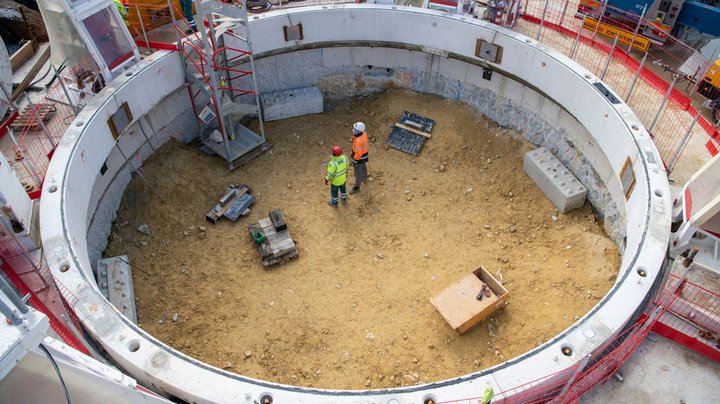 We are currently using a vertical shaft sinking machine to produce four shafts below groundwater level that will provide ventilation and emergency access for the future Line 17 of the Grand Paris Express. The technology is impressive: the machine drills and lines shafts in a single step – cleanly, safely, relatively quietly and within very tight confines. 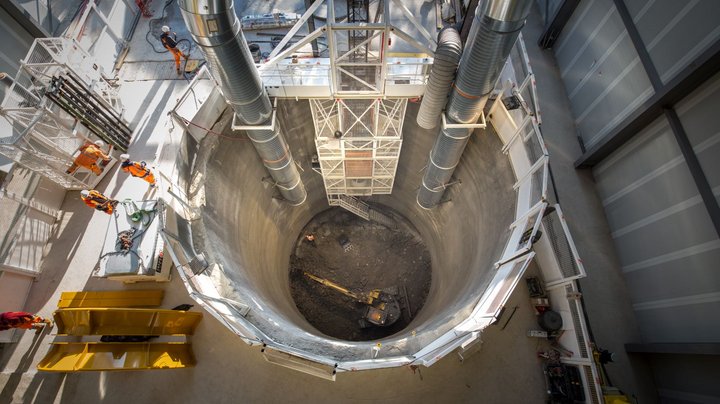 CERN: The world’s largest and most powerful particle accelerator is located in a 27-kilometre tunnel at a depth of 100 metres. An 80-metre-deep shaft is the only way to access the underground construction site. The team is meeting this challenge using Lean methods. 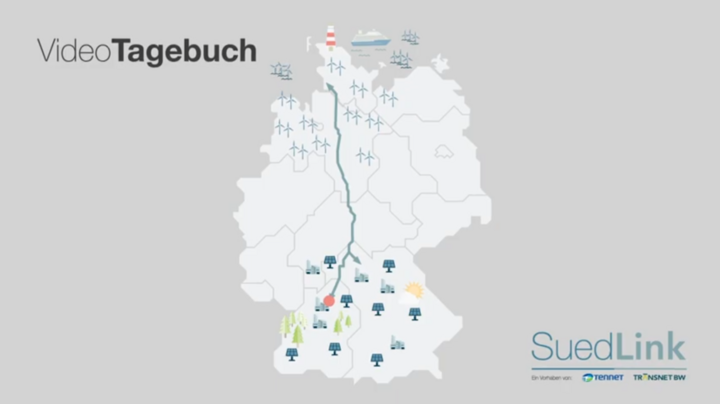 Can you really lay pipes for hundreds of metres without digging up the ground? You can with E-Power Pipe. Implenia Trenchless is using the innovative process to build the SuedLink, an almost 700 km long direct current electricity cable in Germany, thus making a contribution to the country’s energy transition.

Together with architects Duplex and engineers WaltGalmarini, Implenia is building Switzerland’s first timber high-rise: Project “Pi” in the city of Zug. In order to minimise the overall structural load across the 27 stories and 80 metre height, our Timber Construction team worked with the civil engineers at WaltGalmarini to develop a composite wood ceiling that only uses 90 millimetres of concrete.