Bernhard Imhof, Chairman of Implenia Deutschland’s works council, celebrates his 50th year at the company this year. The rock music fan and Harley Davidson rider tells Impact what has shaped him along the way and what advice he would give to younger colleagues. 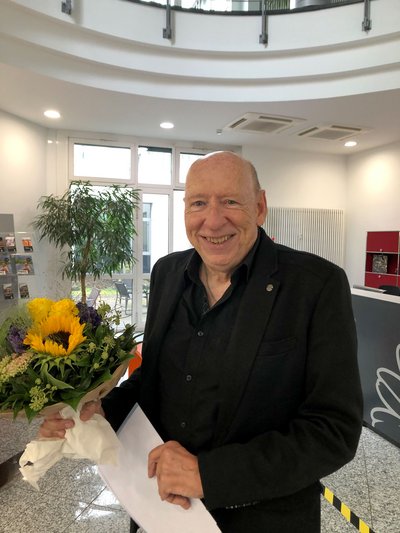 “There’s always something being built” – that’s the thought that prompted 14-year-old Bernhard Imhof to apply to train as a construction administrator at Grün & Bilfinger AG in his home town of Mannheim in 1970. He wasn’t just attracted by the job security that the industry promised: “It was important to me to work for a big, well-known company. Big companies offer many more different kinds of opportunity than small ones,” he says. He was soon sitting at his new desk at Bilfinger’s corporate headquarters on Carl Reiss-Platz, where he spent time working for various different departments.

For the last half year of his training and for some time after that, he worked as a clerk on the construction site for a large power plant in Mannheim. Once the project was finished he transferred to the machinery and electrical yard where he worked as a stand-in, helping out whenever employees were ill or on holiday. “I had a lot of fun, because I was doing something different every couple of weeks. It gave me a good overview of how everything related to everything else.” He then went to work in the payroll department, where he had to deal with a lot of personnel issues. “I was just a lowly clerk but I was signing appointment and redundancy notices. It’s hard to imagine today,” say Imhof with a smile. 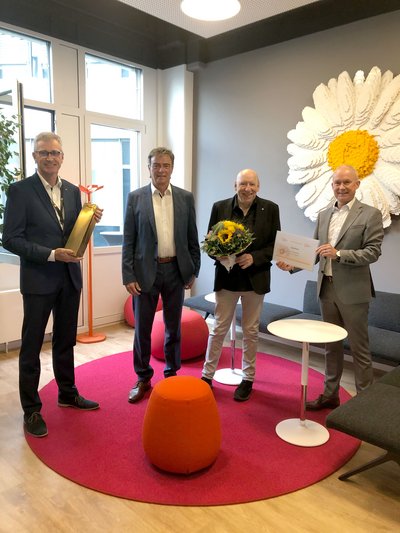 He started his second career as a member of the works council in 1974. Owing to his own disability, he was appointed as disability officer, and was elected as chairman very soon after. He held this honorary office for many years, taking part in all the meetings of the works council. “It meant that I always knew what was going on,” he tell us. After various restructurings, the machinery & electrical department got its own works council, and he was elected vice chairman; five years later he was made chair.

Several more restructurings later, in 2010, Bilfinger created divisional works councils. Imhof took a leading role here too. “This was a huge challenge. Until then I had only led my own small works council of seven members, which was manageable. This was a bigger body, made up of the chairs of all the other works councils, and it wasn’t as simple to deal with the various sensitivities and demands.” Imhof loves a challenge, which is why he now believes that jumping in at the deep end was the best decision of his professional life. He was released from other duties a long time ago owing to the huge amount of work he does on the council. He finally became chair of the Implenia Deutschland works council when Implenia took over and his employer acquired a new name and a daisy logo.

And just in passing he mentions the numerous offices he holds in the trades union and his voluntary role as an employment arbitrator. “I have a very interesting job, full of challenges. I really value the independence that I have in my role. We must have had 60 or 70 meetings already in 2020. I wouldn’t be able to cope with all the coordination and preparation of all my appointments and minutes and everything else if it wasn’t for my assistant Aleksandra Radic.” 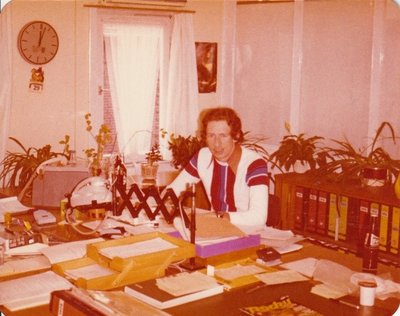 The fact that Bernhard Imhof used to be very involved with HR issues and sat on the employer's side of the table helps him a lot now. “It makes it easier for me to understand where the employer is coming from. There are always two sides to every issue. Obviously there are points that lead to robust discussion, but my goal is always to work together – for the business.” He finds it difficult when factual and personal issues get mixed together in arguments, which often happens. “It’s easier to work together when you clearly separate these things. I’ve also had to learn over the years not to take things personally. After a while you realise that the criticism is directed at the work, not at the person.”

His work has taught him a lot about dealing with people and has encouraged constant self-reflection. “I’m better at assessing people and analysing issues objectively. I’ve learned not to rely on opinions, but to investigate what really lies behind a problem.” Imhof also believes that you have to resist the desire to be perfect and to please everybody all the time. “The danger then is that you just wear yourself out, and this is not healthy.” And that’s also what he would like to pass on to young people: “As well as learning more about your profession, you should also think about developing your own character. If you keep reflecting on yourself critically and working on your faults, you can improve yourself.”